You are browsing the site archives by month.
16May 2016 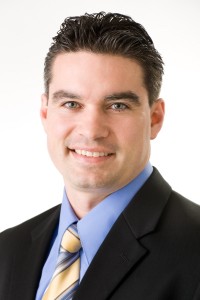 It has always been a great tradition for Americans to serve their country in the best possible way they can. Few other countries match the US in terms of their citizens having such a strong sense of patriotic duty. This drive to contribute to something greater than you can manifest itself in many forms. The most obvious is serving in the military, of which the US is mightily proud. Other areas could be in sports, business, politics, travel and culture. However there is one particular area which represents the very building blocks of which created this country. For many there can be no greater honor than representing the American legal system. This relatively new country was built on the founding principles of the American Constitution, which wit its amendments is still practiced an upheld today by the hundreds of thousands working in law. Christopher Duren is one such man who is proud to serve his country in such a way, and sees it as the key to building local communities and also personal well-being.

Ever since he was a child, Christopher Duren had a strong sense of needing to serve his country, and early on recognized becoming a lawyer as the perfect way to pursue this desire. An exemplary student, Christopher Duren breezed through university with flying colors, although not without hard work and determination. In 1997 he returned to his hometown of Waunakee to set up his own practice, Duren Law Offices, LLC- the perfect way he saw, to help people whilst serving his country.

The areas he quickly specialized in are integral parts of what makes a small community function both economically and socially- real estate and divorce. His ability to empathize with others, and have an emotional understanding of clients without jeopardizing the partiality of law quickly made him a popular figure in the town. His desire to oil the cogs of the community in which he lives gives him a sense of purpose that transcends the rampant individuality that we see so often in other sectors such as finance.

In this sense Christopher Duren is the all-American modern man. He returned to the place of his birth to help operate one of the pillars of society, which allows us to function civilly. It is the American flag and the citizens of Waunakee that remain his driving force, and have helped him instill a sense of meaning not only into his career, but also his life. Find out more about the owner of Duren law offices here.